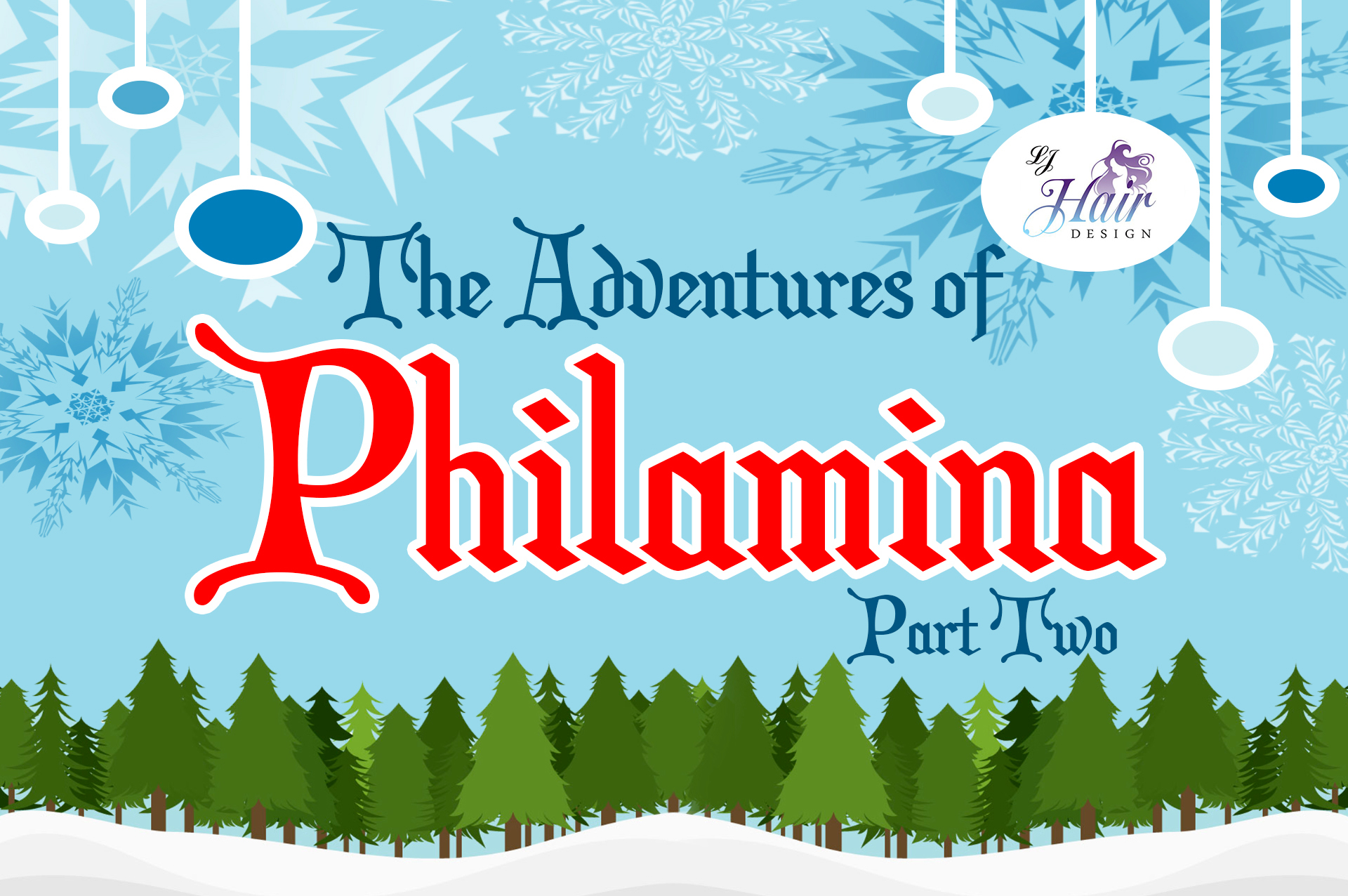 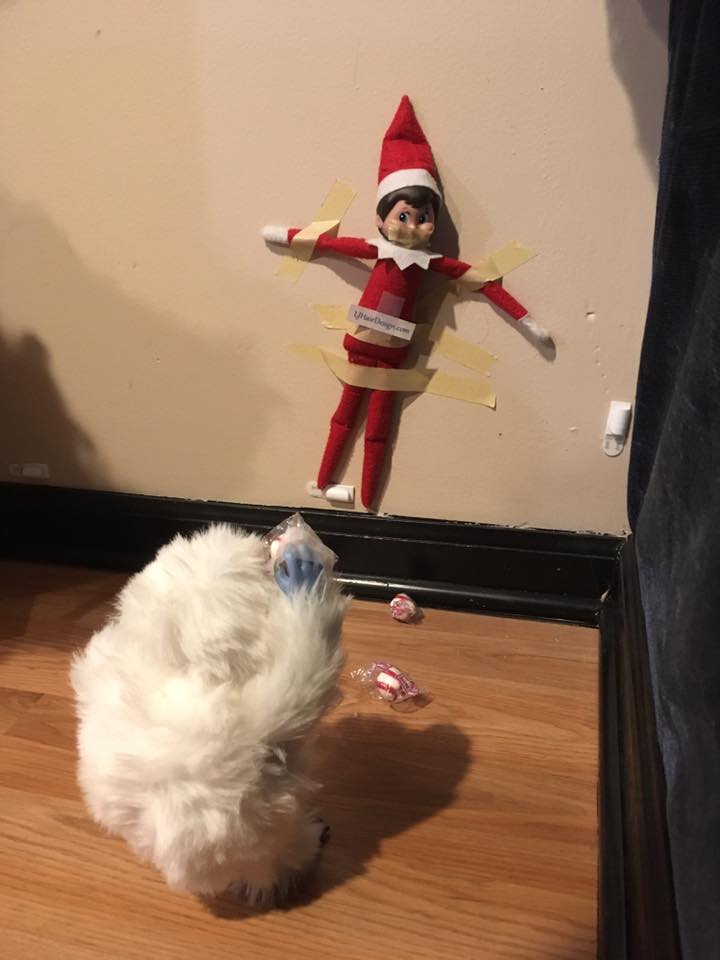 ‘Twas the night before Christmas and all through the salon
the trouble had started for these two could not get along.
With an elf tied up and Bumble throwing a fit,
whatever it was, Philamina probably deserved it. 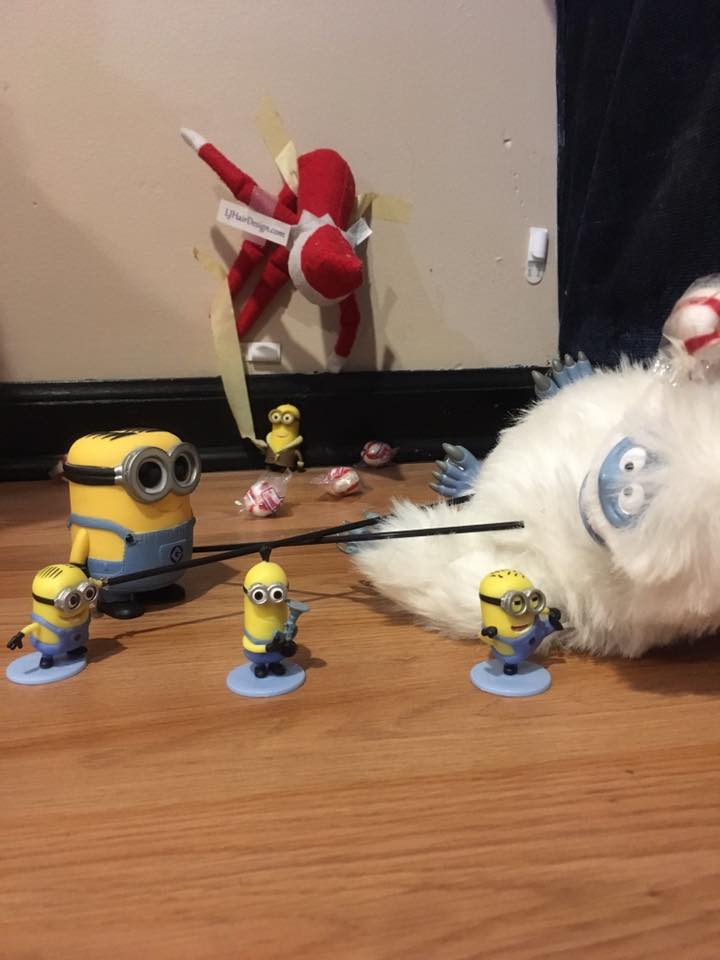 The salon was full of shock. These two would not stop misbehaving,
for Philamina needed saving and Bumble was raving.
When a frantic Libby looked around, what should appear,
but those yellow minions with a loud, excited cheer. 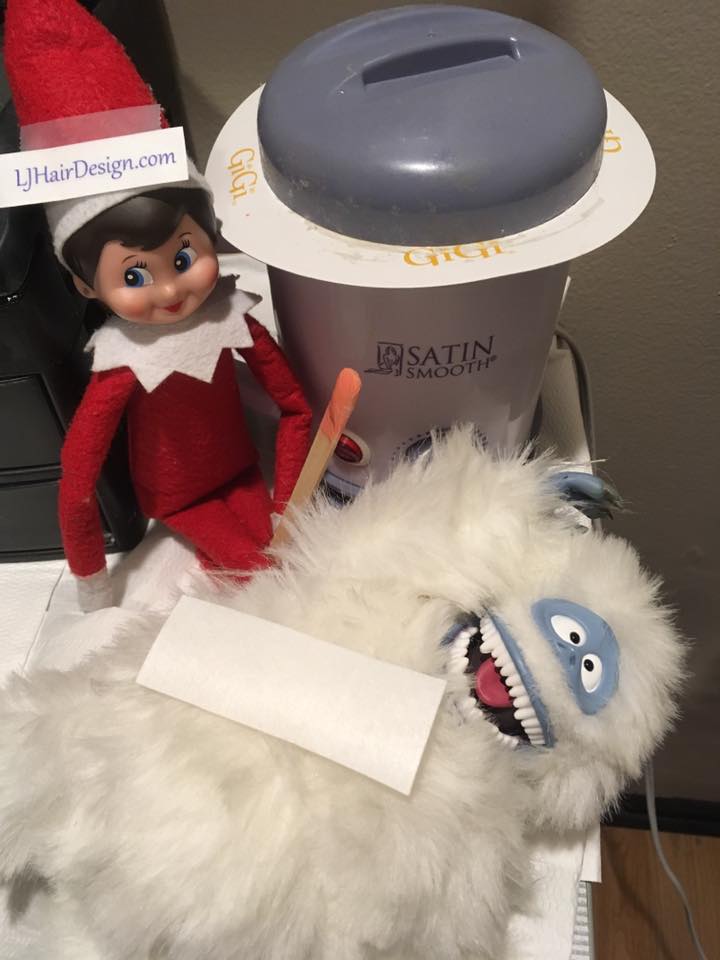 Philamina saved from her bonds needed herself to avenge,
And went to the wax station to plot her revenge
She tricked a fluffy Bumble, covered in thick hair,
Tied him up, spread the wax, and pulled it until he was bare. 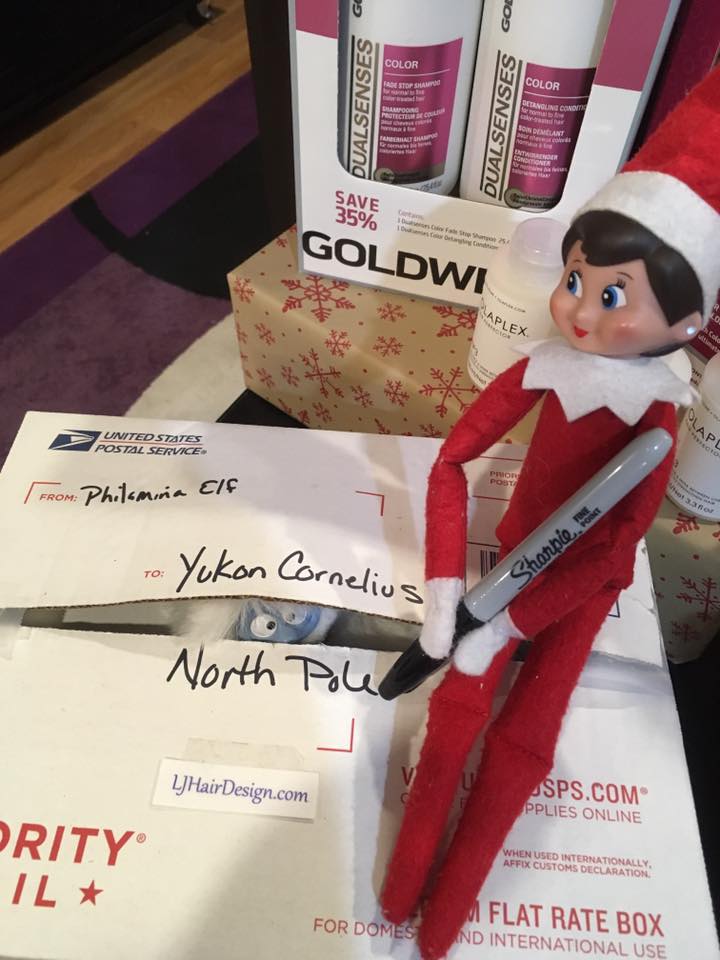 Then Libby heard a crash and rolled her eyes,
For she knew splitting them up would only be wise.
The elf thought Bumble was here for too long a stay,
So Philamina dragged him into a box and tried to mail him away. 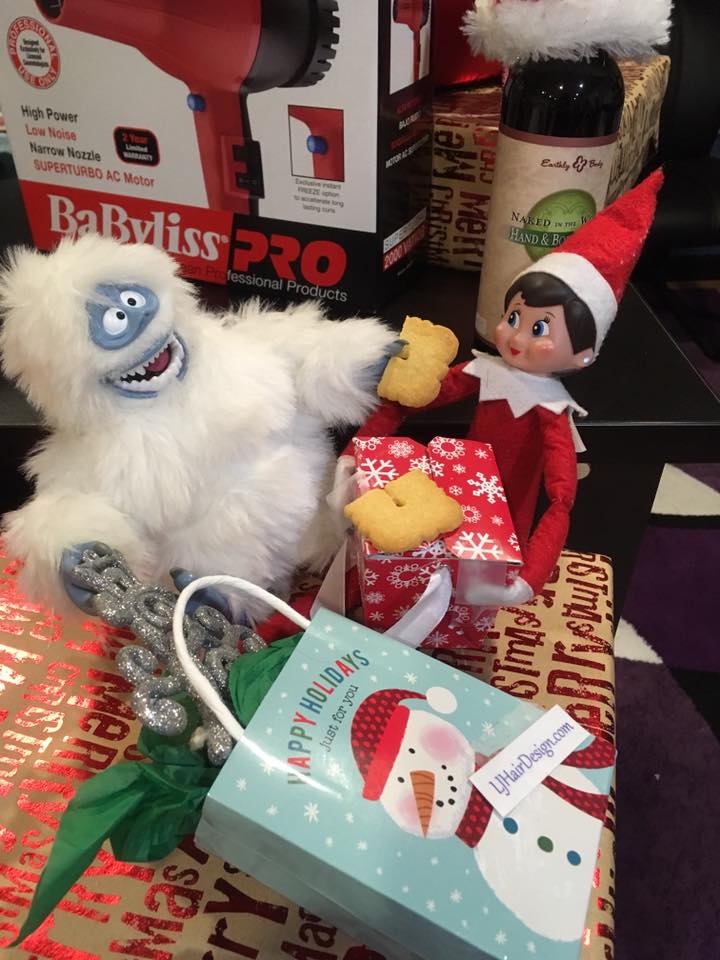 But a miracle had happened, the madness was over,
With cookies and presents, the two finally had some closure.
Libby was happiest of all to see an end to this quarrel,
For she knew somewhere in this story there was a good moral. 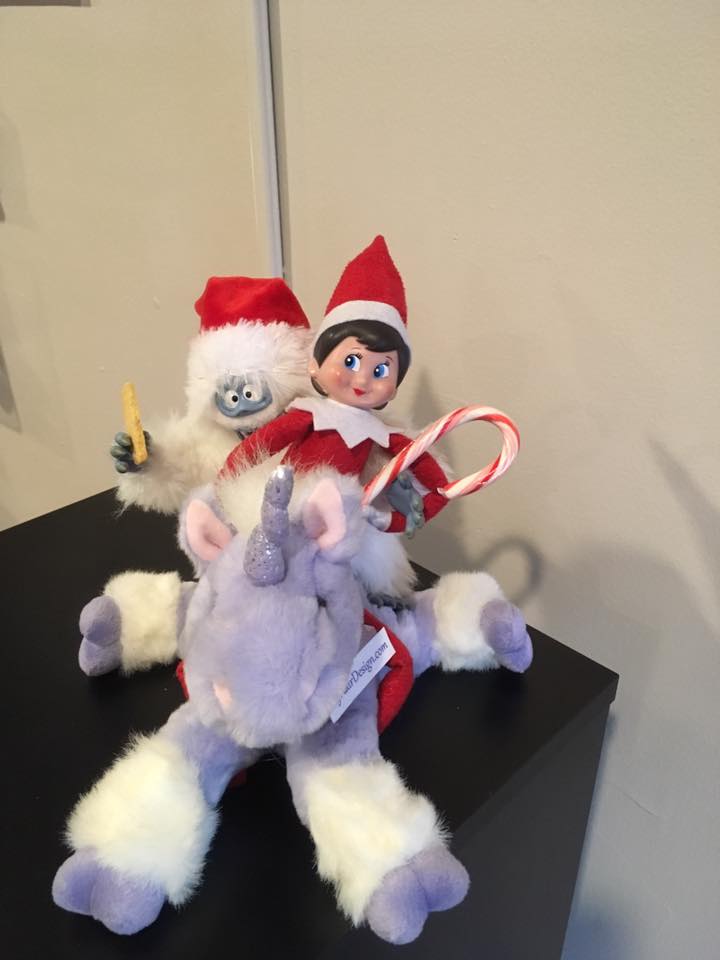 With cookies in their bellies, They sprang onto a new friend.
For the help of a unicorn would bring their holiday to an end.
But Libby heard Philamina exclaim, as she drove out of sight,

“Happy Christmas to all, and to all a good night!”

Tis the Season . . . To Dye Your Hair Darker

Why You Should Not Box Dye Your Hair